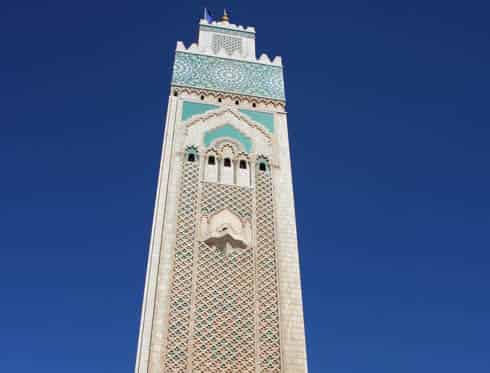 Tangier Grand Mosque is a large mosque in the Grand Socco area of central Tangier. It was built on the site of a former Portuguese cathedral which in turn stood on a Roman temple dedicated to Hercules.The mosque dates back to the Moulay Ismail period and was expanded in 1815 by Moulay Sliman. Mohammed V visited the mosque on April 11, 1947, going on to make a historic speech at Mendoubia Gardens. Source: wikipedia.org