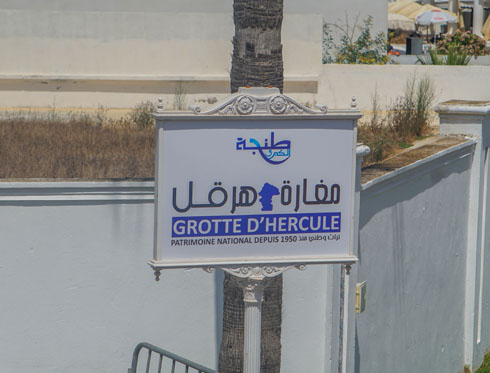 The cave has two openings, one to sea and one to land. The sea opening is known as "The Map of Africa". It is believed that the Phoenicians created the sea opening which is in the shape of Africa when looked at from the sea. There are also some markings on the wall in the shape of eyes, that are said to be made by the Phoenicians, which make up a map of the local area. Source: wikipedia.org

Points of interest and the stop